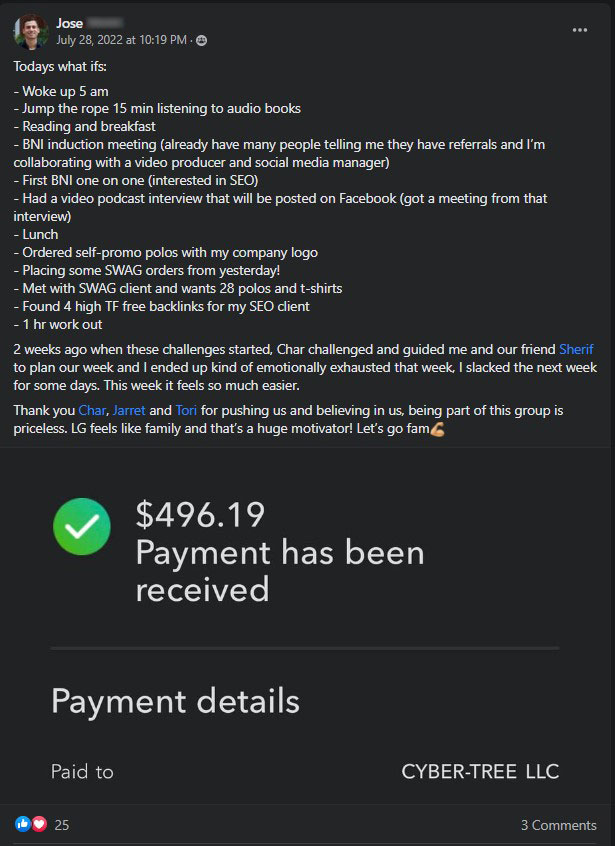 Is Selling on Amazon FBA Still Worth It? Does It Really Work in 2022? 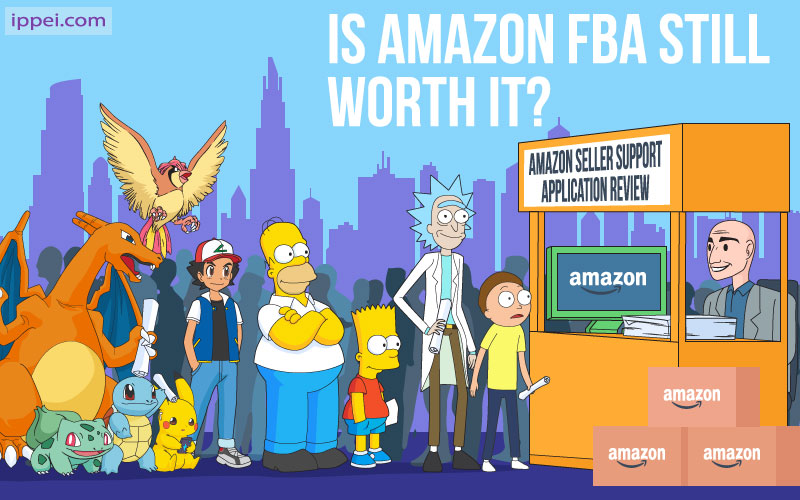 According to JungleScout, upwards of 3,700 new sellers are joining Amazon every day. With many aspiring online entrepreneurs still flocking to the platform, is Amazon FBA even still worth pursuing in 2022?

The answer to that question depends on what your expectations are for selling through the Amazon FBA program. If you think you can get by doing a few hours of product research and then simply stick that product onto Amazon and win the buy box, you are mistaken.

Getting started with Amazon nowadays is an uphill battle. You will have to overcome stiff competition from established sellers. Learning the Amazon algorithm and spending money on Amazon PPC advertising will certainly be part of your journey. Is Amazon FBA still worth it if you put in the same time and effort it typically requires to successfully run a business?

Absolutely, and one of those reasons could come close to making you a millionaire... 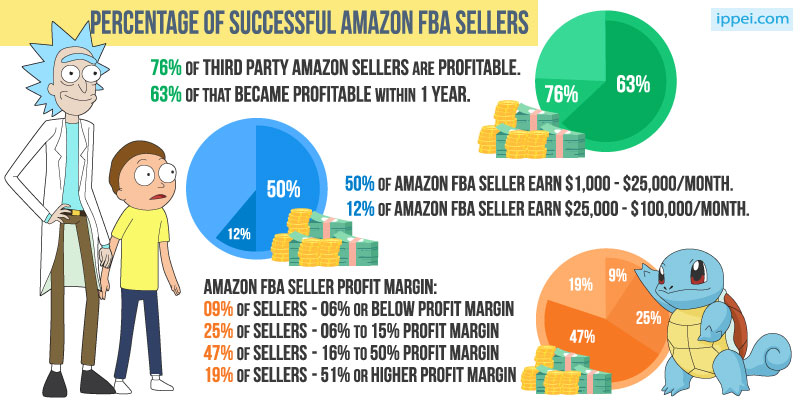 What Percentage of Amazon FBA Sellers are Successful?

An excellent starting point for the question of whether Amazon is still worth it in 2022 is by looking at the experience of current sellers.

How Many Current Amazon Sellers are Profitable?

According to a 2022 report by JungleScout, the majority 76% of third party Amazon sellers are profitable. Furthermore, 63% of sellers are able to achieve profitability within one year of starting their business. Considering that the average business doesn’t become profitable for two to three years, the Amazon FBA business model is still an excellent option for those who place a high value on achieving profitability quickly.

How Much Money are Amazon Sellers Making Right Now?

According to Investopedia, a healthy profit margin for a small business is between 7 - 10%. Referencing the same data from JungleScout, only 9% of Amazon sellers make below 6% profit margin. Furthermore, 25% make between 6 - 15% and 47% realize 16 - 50% profit margin. Those numbers make for some outstanding profit potential!

However, those favorable figures are not likely to last. Due to a variety of factors, it's becoming extremely challenging to be successful with Amazon FBA. 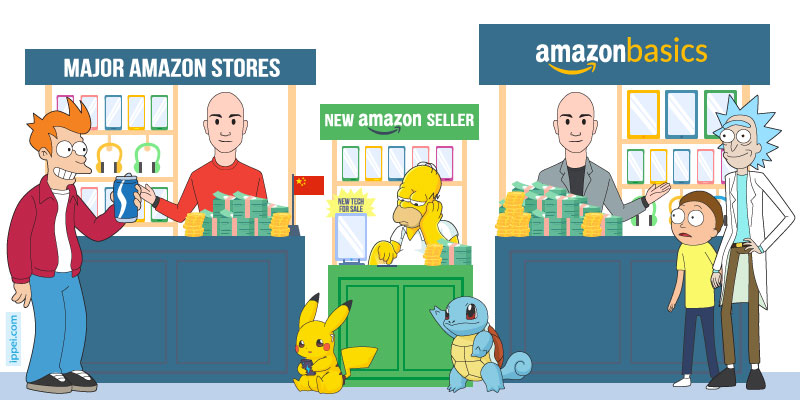 Why Has Amazon FBA Become So Difficult?

Anybody can sell on Amazon. While that seems like great news for those getting started in online business, there is a major drawback. It means that while you’ll certainly be competing with other small businesses, you will also compete with MAJOR players. Big name brands, distributors and even Chinese suppliers are among your direct competition on the platform and can profitably run on substantially thinner margins than a typical small business just getting started.

According to EcomCrew, 63% of third-party sellers on Amazon are Chinese. While all of those certainly aren’t manufacturers, a large portion likely are. As many US-based Amazon sellers source their products from manufacturers in China, it’s not difficult to understand how this anti-competitive circumstance could present issues for small sellers. Additionally, even small sellers in China are going to be able to negotiate better contracts with manufacturers in their own country due to their understanding of business culture and better communication.

Between China factory shutdowns as a result of Covid 19 and spiking oil prices from the conflict in Europe, your timeframe to receive your products from abroad, especially China, currently has extremely volatile pricing and delivery time. In May 2022, the rate to ship from Asia to the west coast of North America was 35% higher than the previous year, according to Freightos. Even more incredible? The rates actually fell 30% during the month and were still that much higher than the year prior. Furthermore, it’s also more challenging to plan the restocking of inventory. Just look at the dramatic increase in average shipping time from China to the US in the last few years. 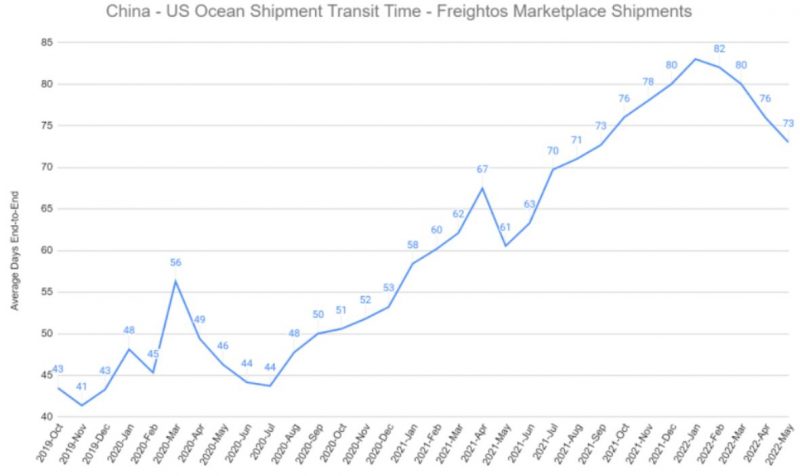 Amazon’s algorithm is extremely important for ranking on the platform and driving organic sales. Products that rank on the first few pages of Amazon where people actually scroll and see them have obtained enough positive reviews to establish consumer acceptance. To remain in that position, they also need to generate more average monthly sales than the competition and have a satisfactory conversion rate that signals to Amazon consumers are likely to buy that product over other products if they see it.

Once a product reaches a high ranking for a keyword, it’s difficult to replace that product. As long as the product quality remains satisfactory, it should continue to attract more reviews as more people see and purchase the product. A new product just coming to market needs an excellent Amazon PPC strategy and capital to be able to advertise and generate enough monthly sales to move up the rankings. "Uphill battle" is an understatement when you’re trying to compete with an Amazon Basics product that already has 60,000+ overwhelmingly positive product reviews.

While outsourcing operations like order fulfillment and customer service as an Amazon FBA seller is convenient, it isn’t free. Amazon seller fees include costs like an FBA fee for Amazon fulfillment of your product and a storage fee for keeping your products in the Amazon warehouse. Amazon updates their FBA fees from time to time, and those updates are usually to inform sellers that fees are increasing. Selling through the Amazon FBA program can eat more into your profit margin than many sellers might expect.

Even with all these challenges, there are enough positive factors that still make Amazon FBA a viable online business in 2022.

From just an E-Commerce growth perspective in the US, online retail sales appear to be on track to continue growing. Currently, online sales contribute 22.1% of total retail sales and are expected to average an increase of 1.3 percent each year going forward. Another advanced economy, South Korea, has already reached an E-commerce market share of 35%. It wouldn’t be shocking if other major economies like the US and Europe follow suit. As the leading online marketplace, Amazon should continue to grow and lead the way in digital commerce sales.

Passive income ability is one of the most sought after attributes of an online business model. Because you outsource a major portion of your task load to Amazon when you operate under their FBA system, income can become somewhat passive. In the beginning, it’s a lot of work to optimize your Amazon product listing and fine tune your PPC advertising. However, if you have an excellent product and are able to establish yourself in the market and rank for a high volume keyword, income can become automatic. You should obviously spend some time improving your business to remain competitive, but your only real major concern will to keep track of product inventory, which can also be outsourced to a third party. You can step away from your business for days or weeks and still be making money.

Building an Amazon FBA business isn’t just about generating a regular stable income, it can also be an asset with an extremely high price tag. Here’s a fact: Amazon FBA businesses are becoming more valuable each year. As of now, private label Amazon businesses are being acquired for 4 - 8x a seller’s yearly earnings according to Marketplace Pulse. That means, if you have an Amazon business that generates $100,000 in profit/year, you could potentially sell that business for $800,000!

Amazon has a whopping 310 million customers globally, according to JungleScout. Even more impressive? Amazon Prime membership is continuing to grow and currently sits at over 76 million households. Even MORE impressive than that? Prime shoppers spend 4x more than non-Amazon Prime members at nearly $2000/year. Not only does Amazon offer you an enormous customer base to offer your product to, it offers you a high value customer base willing to spend big.

Although selling in a mature market with so many sellers is not an easy hurdle to overcome, there are also more resources than ever before to learn how to be successful. Instead of guessing and learning by trial and error, you can follow the blueprints of FBA sellers who have already achieved success on the platform. There is so much paid and free information available out there, and even massive online communities where sellers can exchange information and grow together. If you are willing to put in the necessary time to learn, the information to be successful is readily accessible.

There are still problems to solve out there and ways to improve upon the current products already available solving many of them. If you go the private label route and create your own unique branded product that meets the requirements to join the Amazon Brand Registry, you can set yourself apart from other sellers. As an FBA seller with access to the Amazon Brand Registry, Amazon provides you enhanced features to showcase your products, like involving high-quality images in your product description instead of just the dull plain text version most sellers use.

With Amazon advertising, you can force your product to be seen on the first page and generate sales regardless of where your product is actually ranked. Even though Amazon marketing on platform is a great way to generate sales, in 2022 you don’t need to limit yourself to the Amazon platform alone. You can extend the visibility of your product by taking advantage of affiliate marketing and have others market your products for you on their blogs and social media pages. Plus, with your own branded product, you can do your own brand awareness outside of Amazon through social media as well. 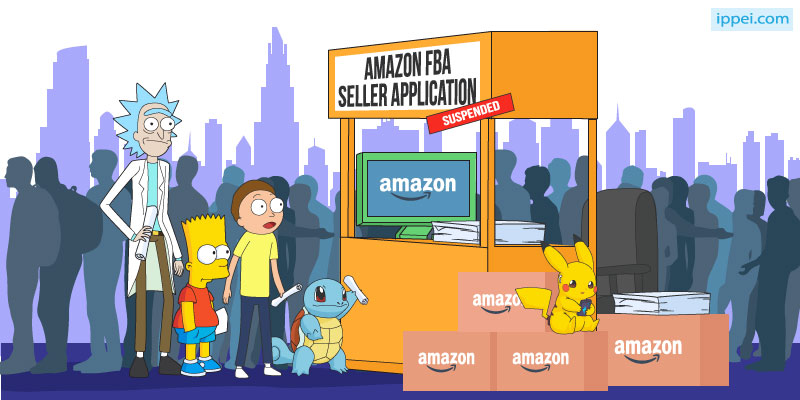 What is the Future of Amazon FBA?

Although Amazon is making it more difficult to be successful with its FBA program, it’s not likely to get rid of the program anytime soon. Third party sellers contribute the majority of sales to Amazon’s overall units sold. Furthermore, Amazon makes a killing off third-party sellers. According to eDeck, the company generated $80.5 billion in third party seller fees in 2020.

However, if you are thinking about getting started with Amazon FBA, the sooner the better. Selling through the Amazon FBA program is open to pretty much anyone at the moment, but Amazon could make it more difficult to receive approval in the future. So far, Amazon has mostly relied on natural selection to weed out the best quality products and allow less than satisfactory ones to fail. Eventually, though, they may take a page out of Walmart’s E-commerce playbook and require new sellers to showcase proven ability and product before accepting them into the program, which would make selling on Amazon vs Walmart a more interesting question .