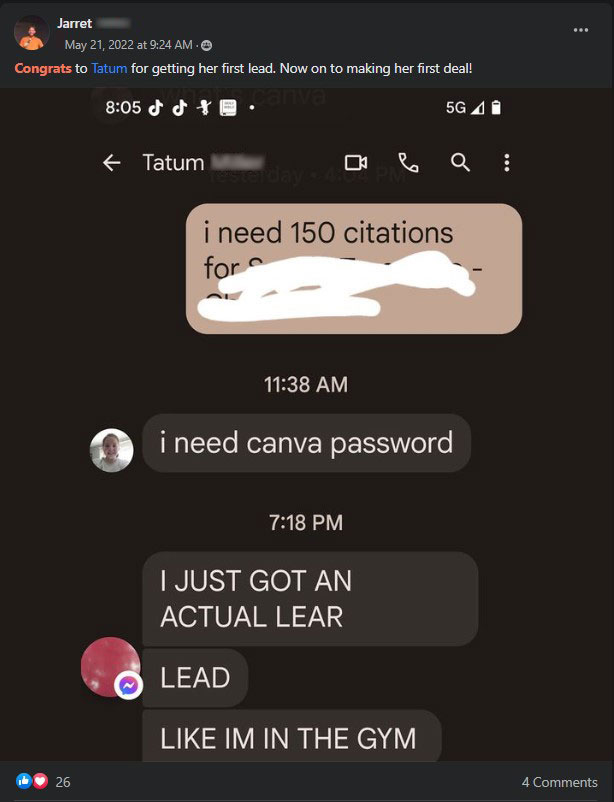 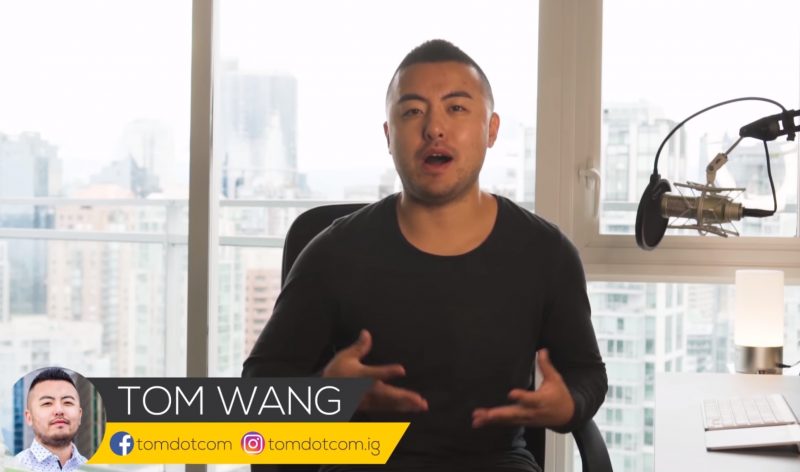 In Tom Wang's FBA Masterclass, you learn how to take boring, everyday products that you source unbranded from China, put your own brand on it, buy & ship inventory to a FBA warehouse, list & optimize your new product listing on Amazon and use Tom's Rank & Bank system to rank the listing so that you can start getting organic sales / residual income from Amazon's 200 million prime user base. In this review, we'll cover if this program lives up to the hype? How does it compare with other Amazon FBA courses? Realistically, how much does it cost to start an Amazon FBA business? What does an average seller make? and more.

Tom Wang doesn't coach a bunch of other online business models. His focus is Amazon FBA.

His strategies are up to date.

Support provided is solid in the group.

The course is on the pricey side.

His model of selling low-ticket products takes a while to generate good profits.

Amazon FBA is more competitive than ever before, lack of transparency on potential failed product launches even if you follow the training to a T.

Tom Wang started FBA Masterclass in 2019, after he became a 7 figure seller. He started Amazon FBA in 2017. YouTube channel started in 2018.

After scanning Reddit, Quora and comments in his YouTube videos. Tom Wang has a solid online reputation.

Who is Tom Wang?

Born in China and moved to Canada in 2001. Tom Wang is a serial entrepreneur that loves to "scale the unscalable" and share his business insights with others. He dropped out of college 3 times and failed at 7 different businesses on his journey to becoming an entrepreneur. His side hustles while working at a Yellow Pages call center in 2015 involved buying 15 hoverboards from China to sell on Craigslist, but 10 of them were defective. He even sold watches at local night markets.

He initially discovered Amazon FBA from a friend that he partnered with. They had some success, but they also failed a lot. In 2017, Tom hired some Amazon coaches. He finally saw success and could quit his 9 to 5.

Today he still sells on Amazon as a 7 figure seller, runs his FBA Masterclass coaching program, runs a YouTube channel with 30K subsribers, and has a podcast called the Tom Wang Show, where he shares free Amazon FBA tips like below, business insights & personal development topics.

What would Tom Wang do differently if he started Amazon FBA in 2022?

Tip 1: Figure out ways to differentiate your product. Create new mechanisms that you might even patent. Talk to actual customers of the product about specific issues they're having or desires they might have. Read the negative reviews. Talk to your manufacturer on ways to fix those negative feedback issues or implement improvements.

Tip 2: Learn to build an audience. Use Tik Tok, Youtube Channel, Create Facebook Groups. So you can nurture a relationship with your audience.

Tom Wang's net worth is estimated to be $2 million.

He has done $5 million in sales on Amazon and he has a coaching program.

What Does Tom Wang Teach Inside FBA Masterclass?

Tom Wang teaches Amazon Private Label, making your own brand on unbranded products that you source from China. Tom likes to target boring, low-ticket products that people use daily.

The reason Tom likes to target "boring" products that people use daily is because those products get impulsive purchases. When a product becomes high-ticket, people spend weeks or months on research. Therefore, he recommends picking products that sell for $50 or less.

He teaches the use of Viral Launch for Product Research. It's a $69 per month software but its one of the best. He shows you what parameters to enter so the software can quickly filter which products you should target, such as a minimum of 3,000 searches per day and fewer than 100 reviews.

When you're selling low-ticket products, even $1 savings can be worth a lot (5%-10% more in profit margins). Therefore, Tom Wang teaches his students to contact 40-60 different Chinese vendors and manufacturers while most FBA sellers only contact 5-10.

You're working with razor-thin margins when you're buying at unit prices of $1-$2 like he recommends.

He then recommends ordering the sample or hiring an inspection company to validate the product quality of the vendor you find. Tom also shows you the art of negotiation by only paying a deposit of 30% or so and only paying the rest once they pass the inspection.

Once the product passes, then you will need to order at least 1.5 months worth of inventory and get it shipped to a FBA warehouse in the states. This can take over a month.

Tom Wang's rank and bank system involves optimizing your Amazon listing with professional photos and copywriting and then using PPC campaigns and social media ads (paid traffic) to drive traffic to your product until you get enough reviews to rank.

Although Facebook ads and Google Adwords can drive traffic. The biggest bang for buck is going to come from Amazon's sponsored ad platform or their PPC ads. Where you can place your product listing at the top rankings in front of thousands of people that are already looking to buy your product. People on social media is cold traffic (not looking to buy, therefore much more difficult to convert into buyers).

Tom Wang likes to put special names to these various steps of the Amazon FBA business. But for ranking your listing, all top sellers agree. You need Amazon PPC or Pay per click.

Success rate of FBA Masterclass? & How much do Amazon sellers make?

The success rate of FBA Masterclass is unclear, however, 15% of Amazon sellers built a business that profits $6000 to $25,000 per month according to Jungle Scout.

Top Amazon FBA coaches all agree that if a student can stick it out with massive action and persistent attempts for at least 2 years, there's no way that student won't succeed.

The problem is that most people quit too soon. Or some never give this business a genuine attempt. Many people like to dabble, never fully commit, get shiny object syndrome.

Look, most product launches will not go the way you had hoped. If it was that easy, everyone would be doing it. Even if you follow Tom Wang's product selection training using the "gold mining tool" aka Viral Launch. You have no control over what the customers will do. How they'll respond to your product? Maybe the manufacturer's quality was not as good as you thought. Or another competitor comes in with a superior product. Maybe the PPC was more expensive than what your budget allows?

Having unrealistic expectations is one of the biggest reasons Amazon sellers fail. Amazon FBA business has a lot of different moving parts. Many variables outside your control. It takes time & mistakes to learn all the lessons & skills. The ultimate teacher is experience. Be willing to invest & risk money, otherwise you'll give up at the first sign of difficulty.

is FBA Masterclass Worth It?

These are what some attendees of Tom Wang's 2-day workshop in Vancouver, CA had to say.

"After day 1, I was like holy crap I think I can actually figure this out. and then after day 2, you go through the checklist, you can literally just follow the steps. You don't have to browse around Google anymore and try to figure out what to do. It's all laid out there for you. So I'm very confident after I'm done and walk out the door that I can become the next big Amazon seller." -Jason

"There's a lot of free stuff you can find on the internet but it's so clustered, you get information overload. But Tom really breaks it down to actionable steps that you can take. This is crucial because you can get stuck in research and you don't take action. Tom makes it simple so that you take action, which is what matters." -Ting

My Thoughts: FBA Masterclass will be worth it if you're ready to commit to this business model at least 2-3 hours every day and take action. You should also have ideally $3000 to $5000 set aside and a source of income that you can use to invest into the business if any mishap takes place.

Coaches like Tom Wang that's been there and done it, can simplify the business for you and help you avoid costly mistakes in money & time.

Amz Champions by Trevin Peterson is a solid course if you need a more affordable option. The course price is $1500. Trevin has launched 40+ products to date, and he does live coaching sessions once per week. There's also a private Facebook group as well. Trevin is younger though, so I feel Tom has a lot more business & life experience. Anyway for more info you can check out my Amz Champions Review.

Kevin David? Some of my readers have asked about Kevin David. He has been running tons of ads on his Amazon course over the years. At this point, I cannot recommend him because it seems he has not updated the training for his Amazon FBA Zon Ninja course in a while. He also promotes too many other programs, and his latest Amz Automation raises a lot of red flags with $30K investment required to get started with tons of risks.

Yes, Amazon FBA can still be profitable, if you're willing to treat it like a business that requires constant care & attention. The days where you can launch a few products, sit back and make passive income forever is gone. The competition is much more fierce than 4 years ago. Which is why sellers need to continue to reinvest profits to launch more products.

No, it is not too late to start Amazon FBA in 2022, but as more brands & manufacturers do FBA themselves, 3rd party sellers need to innovate on products & marketing to stay ahead.

According to Jungle Scout, everyday 4,000 new sellers to join FBA, however there's also more Amazon prime users as time goes on. Amazon accounts for 50% of all online e-commerce sales. There is still opportunities for the small guys to get a piece of the pie, however you have to employ some creative strategies to stay ahead of the curve.

Tom Wang's course is not cheap at $6997, but he has solid credentials and teaching abilities that will make this investment worth it if you put in the work.

I'm still a fan of the Amazon FBA business model, however it's no longer my #1 choice. The main reason being that I believe it's too easy for big companies / manufacturers to get in the game and they have too many winning advantages. They can drive the price down and destroy profit margins overnight.

The business model I love is local lead generation. Simple but provides profoundly profitable & stable passive income source. I have websites from 2015 that make me $500 to $2000 per month in profits and I hardly ever have to touch these sites.

To find out more info on this business, check this out local lead generation program