10 Secrets to Starting a Digital Marketing Agency in 2022 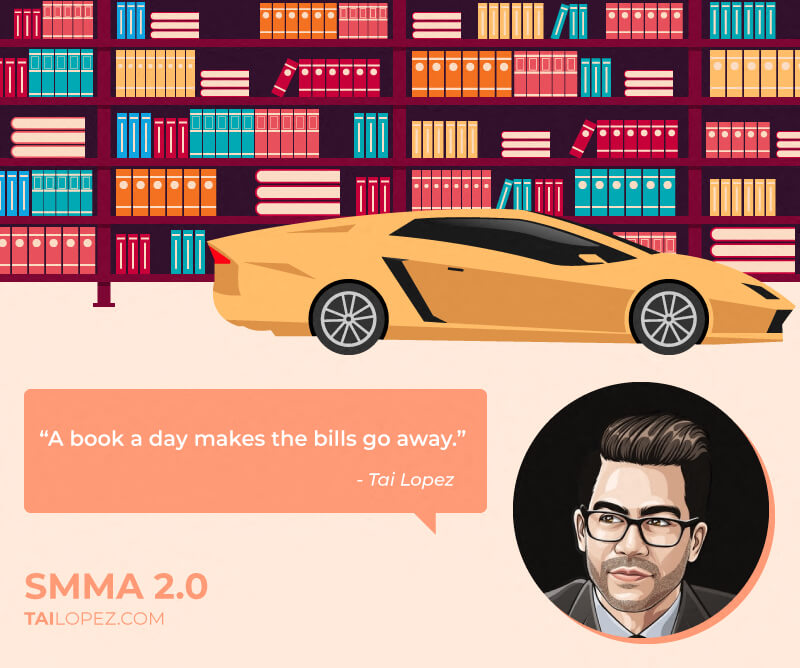 Now I am going to let you in on the details of Tai Lopez's Social Media Marketing Agency 2.0 (updated November 2019)

In this review, I both summarize his course as well as share the pros and cons of starting a Facebook agency in 2020.

You'll learn how Tai has made his course to take the beginner to the expert level in 120 days or less.

Tai gives you lifetime access to his course, so you can go back again and again to make sure you have a solid grasp on each step of the process.

Quick Stats on SMMA 2.0 (including the current price)

Who is Tai Lopez?

Tai Lopez is one of the most well-known figures on social media, having over 6.2 million followers on Facebook.

Where'd he grow up?

Here's a little of Tai's background:

Tai grew up in Long Beach, California and now lives in the hills of Hollywood.

Entrepreneurial from the start, Tai opened up his first business, a cherry tomato stand, when he was only 6 years old. Soon, he realized the market for ice-cold lemonade was much more profitable than the tomato market, so he set up his own refreshing beverage stand.

Instead of joining a gang as a teen, he became a bookworm, imbibing Aristotle's Ethics and Durant's History of Civilization.

Striving to understand the nature of the Good Life, he began traveling to the 154 different countries he'd read about.

After about a year, he ran out of money and went back to live with his mother in a trailer park. #eminem

Not having any more funding to fuel his education, Tai began flipping through the Yellow Pages (remember those?) until his eyes lighted upon the finance section.

Selecting the financial advisor with the largest ad, he borrowed an oversized suit and found a ride down to the advisor's office.

The way that Tai convinced the advisor to work with him was by offering him the following proposition:

"You teach me what you know, and I'll work for you for free."

That was the start of Tai's financial education.

Since then, Tai has owned several businesses, including a nightclub and several sketchy dating websites. #reddit

In 2007, Tai began working on the internet and has since put together many different courses teaching both mindset and business skills.

He even ran a daily podcast called "The Tai Lopez Show."

One of the habits that Tai is known for is his voracious reading practice, reportedly digesting one book per day.

The man reads so many books, he's got 8 cases of literature in his garage next to his lambo.

What You Should Expect of SMMA 2.0

Tai and his team of specialists lay out a holistic process showing how to set up a social media marketing agency from A to Z.

Here's a few topics that he covers throughout the 33 hours of training.

Phase 1 - Laying a Solid Foundation of Your Business

In this initial phase of the course, Tai covers the basic topics that are the cornerstone to performing as a successful agency. Tai also brings in experts who specialize in different aspects of Social Media Marketing, such as setting up your business legally to protect your personal assets in the case of a lawsuit, putting together a professional agency website and creating a Facebook offer. 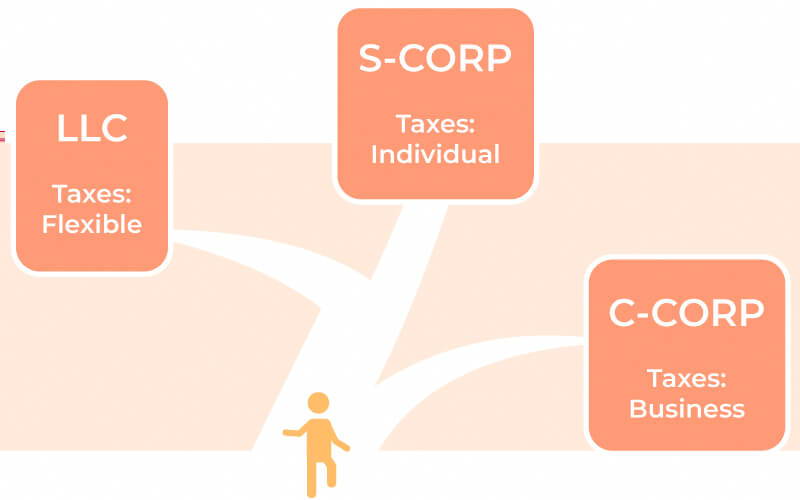 Naming and Forming Your Business

Here are the dual considerations of naming your new legal entity:

First of all, make the name broad enough to encompass any services that you will be offering.

but you think that maybe a year down the road you'll add website building and optimization to your list of services, then don't name your business "Lightning Social Marketing Agency."

Rather, consider naming your business "Lightning Consulting," or something like that.

but still indicates that you are in the marketing sector.

Important Note
Be sure to check if your business name is available in your region by checking the appropriate business filing agency's website.

Secondly, create a name that is professional.

Don't name it after your high school nickname or your favorite cartoon character. You want people to see that name and see the professional agency that will take good care of them.

Selecting a Business Entity to Form 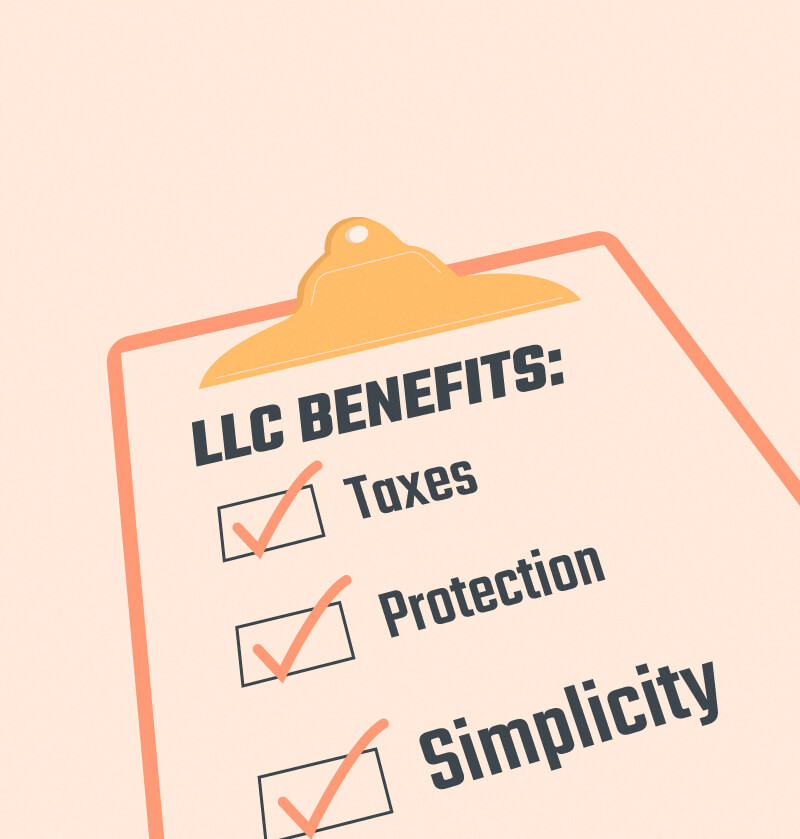 It's pretty straightforward, but Tai offers some tips:

Choose an LLC because they are flexible when it comes to doing your taxes.

When you go onto Legalzoom, you can put your business name idea into the searchbar and see if that name is the available.

After you've found a business name that is available and filled out their questionnaire, if you're in the states, you'll have to choose which state to license your business in.

Since your business is on the internet, you can basically select whichever state is the best for your circumstances (some like Wyoming because the low taxation level, while others pick Delaware because of their low fees).*

*This not to be considered legal advice. Please consult with a lawyer to find out what is best to do in your particular case.

How to Reprogram Your Mind

Tai spends 20 minutes discussing how you can develop a mindset that will give you the capacity to achieve success in social.

Keep Success in Front of You

When you repeatedly look at these experienced professionals, you are reminding your subconscious mind that what you are aiming to do has been done by many others.

To find these professionals, Tai recommends looking in the facebook community that comes as a part of his course as well as subscribing to affordable publications like Entrepreneur Magazine.

Learn the Power of Verbally Entering Positive Information in Your Mind

Tai recommends affirming yourself outloud 3+ times a day for the duration of the 4 month program in the following fashion:

He covers the many basic topics that must be addressed when beginning your digital marketing business.

Additionally, he proactively provides tips that will keep your business from hitting the same obstacles that Tai's did when he initially started, like becoming a licensed business immediately rather than putting off jumping through that official hoop until your business is established, which is doable, but arguably a more risky move.

Once you have completed the foundational tasks laid out in Phase 1, you are ready to move into Phase 2, where you'll practice to become a master social media marketer.

In this second phase, you'll learn the core social media marketing platforms (Facebook, Instagram, Snapchat, Twitter, Linkedin, Google, and Youtube) as well as how to exponentially increase your conversion rates through the incorporation of several kinds of funnels and advanced copywriting tips.

Everything You Need to Build a 6 Figure Funnel

One of the main subjects in Phase 2 is sales funnels.

Tai has guest professionals teaching both the basics setting up your sales funnels (basic structure, what programs to use, etc.) and advanced techniques to garner the most conversions out of your funnel (generally involves attaching an autoresponder and composing an email follow-up sequence).

The infographic below shows the 3 Step-to-the-Sale structure of a mid-range funnel:

How to Build a 3 Step Funnel 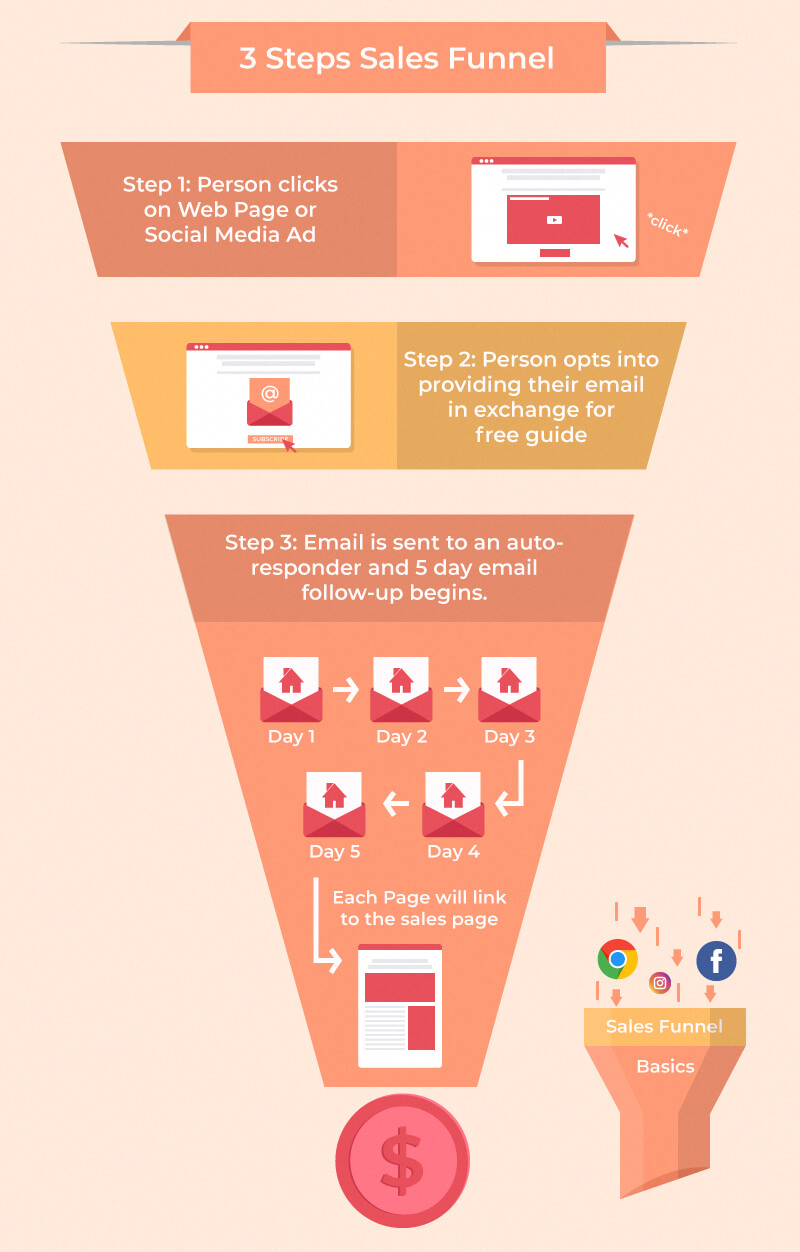 The interested party, while scrolling through their feed, clicks on either your Facebook ad or, as they search your topic via Google, your optimized site pops up.

The interested party decides to put in their contact information in order to receive a free guide that explains how they could solve their problem for themselves (or by using your services) in more detail.

The purpose of this guide is to establish you as the expert in the space, showing off your knowledge of the topic by providing a helpful resource to the prospect.

The interested party receives three or four emails (each with its own purpose and theme) and then decides to invest in your services or buy your product via the sales page.

Why would you want a sales funnel?

What a funnel does is it enables you to get a lot more conversions out of a small amount of ad spend, which is digital marketing language for:

Having a well optimized funnel attached to your site or PPC ads will get your clients more bang for their buck.

If you'd like to learn more about funnels for free without jumping the gun on Tai's SMMA course, feel free to check out my review of Marketing Funnel Academy.

In this third phase, it's time to find some clients that will pay you to use the skills you learned in Phase 2.

You'll learn where to look, what to say and how to close them on working with you and your Agency.

Tai's team of experts cover many topics including the following:

Using Websites to Find where to Meetup with Businesses - Guest Contributor: Joe Soto