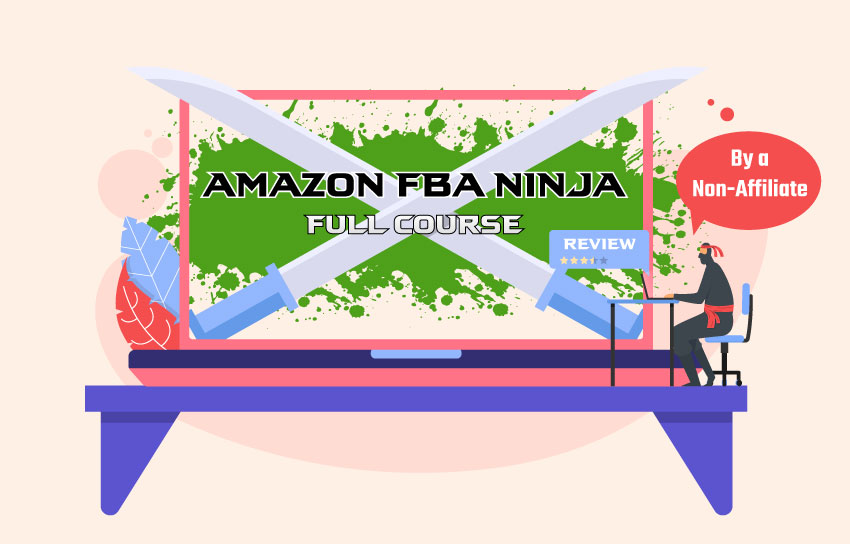 In Kevin David's Zon Ninja Masterclass, you learn how to find a winning product and trustworthy suppliers, optimize your Amazon product listings, how product launches work, and the different ways to get traffic to your products so that you can scale your successful Amazon business to six and seven figures. In this Zon Ninja Masterclass review, we'll cover the reasons people fail at Amazon FBA, the difference between wholesale and private label, and if there are any better alternatives to this Amazon course.

I'll then uncover how Amazon FBA differs from the local lead generation business model, which allows you to earn a passive income each month without having to buy any physical products.

He shares some interesting hacks

Kevin isn't 100% focused on coaching this one course; lots of upsells

Zon Ninja Masterclass costs $1,997. There is a 5 month payment plan of $599/month that is just not worth doing.

40+ hours of video training, 100+ videos divided into 6 modules (3 bonus modules) PDFs included in the course material. Checklists at the end of each module to make sure you followed each step.

Kevin David started Zon Ninja Masterclass in 2017 after becoming a 7-figure seller. Kevin started Amazon FBA in 2017 and his YouTube channel in 2012. He started Zonbase in 2018.

Kevin is one of the most popular online marketers and he has been involved in questionable marketing tactics. Although some Amazon FBA experts have left positive reviews about the Zonbase software, the FTC recently fined Kevin David $53 million for pitching phony Amazon and crypto money-making schemes. He was pushing the DK Amazon Automation course and making false claims and charging customers $100K to join the program. They filled their marketing and sales pitches with fake consumer reviews and their customers barely made any money. Although the FTC fined him $53 million, Kevin David only has to pay $2.6 million to refund consumers who were harmed by the deception. He doesn't have to pay the entire amount because he simply doesn't have $53 million. He has turned out to be a fraud with Amazon FBA Automation.

Who is Kevin David?

After graduating from college, Kevin started working as an accountant for PricewaterhouseCoopers. Not long after, he took a job as a privacy consultant for Facebook making $100,000+ per year but realized that working for someone else was not what he wanted to do.

As a result, Kevin began searching for ways to make money online. A month after stumbling on Amazon FBA, he launched his first Amazon product. Kevin learned from his mistakes and today has sold millions of dollars in the Amazon marketplace. Many family members and friends wanted to learn what he was doing, so he created this Amazon FBA course.

Today, Kevin is the Founder and CEO of THATNinjaLifestyle, Zonbase, and has created courses that teach Facebook ads (Facebook Ads Ninja Masterclass), and Shopify dropshipping. The Kevin David YouTube channel has over 1.45 million subscribers and The Kevin David Experience is his podcast, where he talks about making money online, crypto and interviews some of the most successful entrepreneurs in the world. 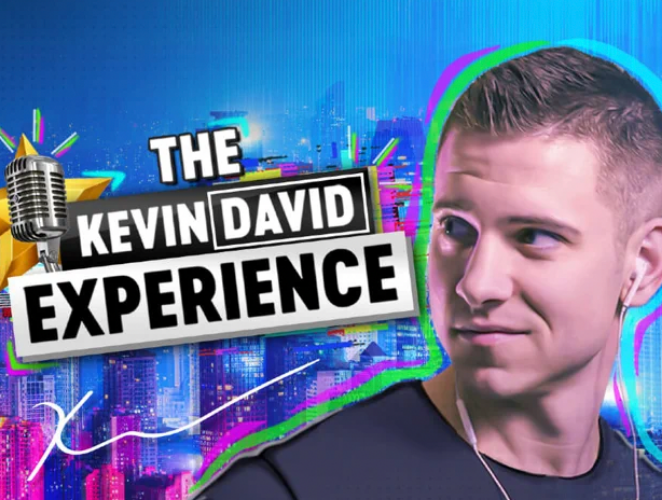 Many people have asked if Kevin David is a scam. Where it seems Kevin started running into problems is with how he tried to deal with negative reviews. Apparently, he was trying to buy or reward people for leaving positive reviews. That got his BBB listing suspended.

Coffeezilla and a few others have accused Kevin of less than stellar business practices. Things like repurposing content from other courses and videos.

At the end of the day, Kevin David is providing plenty of value through his platform and newest software, Zonbase. He even offers a service called AMZ Autopilot (AMZDFY), where his team starts and runs an entire Amazon business for you. They pick a product, apply their launch strategy, handle inventory, customer service, and more.

For more information on this service, read my Kevin David AMZ Automation review.

Kevin David's net worth is estimated to be $10 million dollars.

What do you learn in Zon Ninja Masterclass?

Kevin explains what you can expect as you go through the course.

In the first module, Kevin jumps right in and teaches you how to use the Zonbase software to conduct your product research. Zonbase isn't included in the price you pay for this course.

This next module is where Kevin shows you everything you need to do to find a trustworthy supplier. Kevin also touches on...

Kevin emphasizes the importance of creating your product listing correctly in this module. Keywords are key topic in this course because they improve your ranking on Amazon. You'll also learn how to avoid common mistakes and how to maximize conversions.

Kevin uncovers how to launch your Amazon products, how to get good reviews, how to run giveaways and how to send follow-up emails.

Kevin won two ClickFunnels top seller awards. In this module, he shares the strategies he uses to generate traffic through Amazon PPC. He also talks about how you can use Facebook and Instagram to generate more traffic for your products.

Bonus 1: Library of 50 downloadable, printable templates to implement in your business

What is Amazon FBA wholesale?

Look at some of the key differences between doing Amazon wholesale and another popular online business model, private label.

Sell products that are already trusted and known.

You need to buy generic products from several manufacturers to see which one is good enough to put your brand on.

Unless you have a following, you are starting from zero trying to grow your brand.

If your supplier runs out of inventory, you don't have any products to sell. You are 100% reliant on someone else.

You control how much inventory you have. If demand increases, simply order more products from your manufacturer to brand and sell.

Difficult to win; you're competing with many sellers. You've got to lower the price and be Prime available.

Easier to win because you have your own products and brand. You already own the Buy Box. All you need to do is promote your products well on social media and have a solid sales funnel.

Low: your ideal customers already know the brand you're selling, so you have a higher chance of generating sales than private label.

High: your brand may not sell for months or at all because you're just getting started and you're going up against larger brands who have larger marketing budgets than you do and a current following.

For a deeper look at the differences between these two Amazon FBA business models, read my article on Wholesale vs. Private Label.

The top reasons people fail at Amazon FBA are because they have unrealistic expectations, thinking they'll make millions in a short amount of time, they don't account for unexpected hurdles and because they spend their profits too soon.

An online study revealed that some of the biggest industry concerns are the...

That study stated that 74% of Amazon sellers were affected by global supply chain issues.

Success rate of Zon Ninja Masterclass? Is it worth it?

The success rate of Zon Ninja Masterclass students is unknown, but there are some students who found success because of Kevin David's Amazon FBA course. 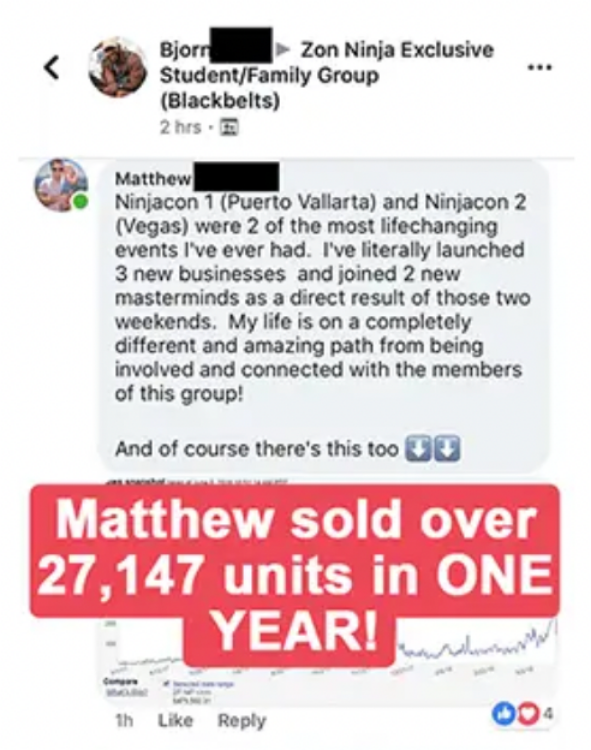 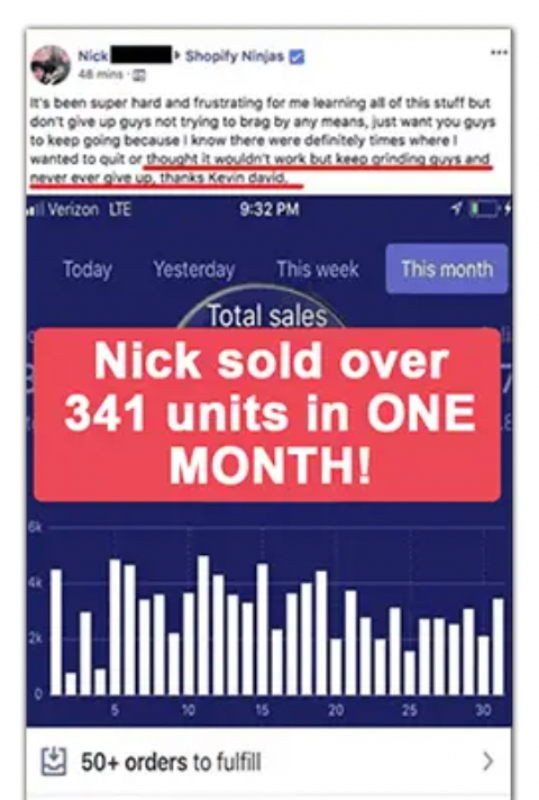 Nick sold 341 units in just one month of taking the course.

Hundreds of Kevins's students have found some level of success after taking his courses, but here aren't many testimonials of students who have earned 6-figures or more. That makes me question the level of Amazon FBA training that he's teaching. Is it because his students aren't doing their best or is it because Kevin David's strategies aren't top level?

All the success stores on Kevin's website make it seem like Zon Ninja Masterclass is worth it, but there are other better alternatives to learn Amazon FBA.

Private Label Masters by Tim Sanders is the best Amazon FBA course I've found. It starts with the Tim Sanders who has had massive success selling products on Amazon. He teaches private label and has made over $60 million dollars in the last handful of years. This course is expensive at $5,000 but is highly recommended because what he teaches is what works right now and he's very active within the private Facebook group. The Amazon PPC training is top-notch in this course.

For more information on the course, read my Private Label Masters Review.

AMZ Champions 4.0 by Trevin Peterson is the next best option. Trevin also teaches how to private label but this course is much cheaper with a price tag of $1,500. His strategies are also current and you can expect to see him active in his private community. Trevin even verifies 5 products during your product research phase. Each week, Trevin holds live coaching calls.

For more information on the course, read my AMZ Champions Review.

To go to the AMZ Champion 4.0 sales page, go here.

Other popular Amazon FBA courses are the Amazing Selling Machine course, the Marketplace Superhero course and The Wholesale Formula. Click here for my list of the best Amazon FBA courses to view what other courses have caught my eye. Let me know in the comments below if you've already taken one of them or are looking into it.

Is Amazon FBA still profitable in 2022?

Amazon FBA is still profitable in 2022. According to The State of the Amazon Seller Report, 63% of sellers are profitable within their first year on Amazon. This gives hope to new sellers, but the real question is, how long can you sustain the profits?

What most people get wrong when looking into this business model is in their expectations. Many people believe they'll easily sell products online and make money on autopilot without having to put in any work.

This is not the case at all. The problem with Amazon FBA is that it's highly competitive. You're competing with not just other 3rd party sellers but brands, suppliers & Amazon themselves.

When getting started, you must be prepared to put in a lot of work in each aspect of the business. Just because you get one profitable product, doesn't mean it will stay profitable long-term because other players can come in and duplicate your product.

From product research to supplier selection, listing optimization and Amazon PPC. There are many moving parts you need to pay constant attention to. If not, your business will suffer the consequences.

When you look at the pros and cons of Amazon FBA, you'll see that the cons outweigh the pros.

Amazon FBA is a legit business model, but it's becoming significantly more competitive as of late. The problem is that it feels like an uphill battle when big distributers & suppliers that have unfair advantages come in and undercut your prices.

Local lead generation is my #1 choice for making money online in 2022, and many people have found it to be more passive and lucrative than Amazon FBA. Over 7000 students, to be exact.

It's great because you're able to earn a more predictable income and you aren't spending your money on inventory or marketing to compete with larger, more established brands. You're only going up against a dozen local businesses. It is not only easier to, but the startup costs aren't anywhere near what you need to spend on Amazon FBA.

To learn more about this business model, check out the local lead generation training.

10 Secrets to Starting a Digital Marketing Agency in 2022