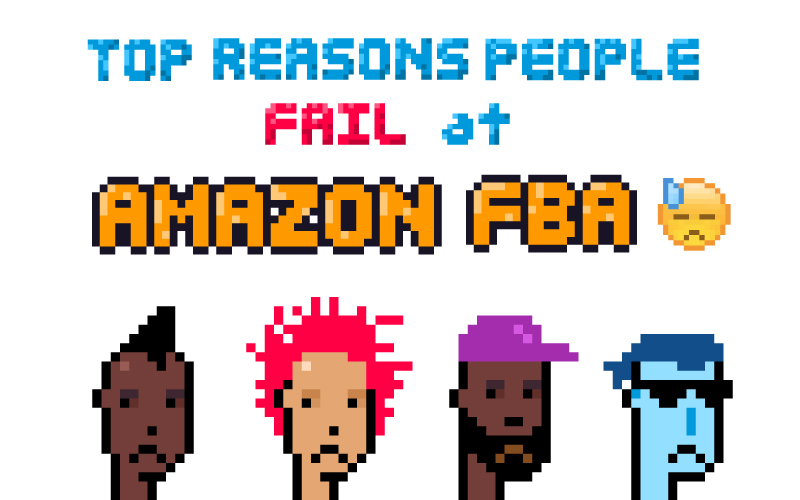 The number 1 reason people fail at Amazon FBA is having the wrong expectations for the starting cost, plus not reinvesting the profits.

Many FBA gurus say you need $3000 to $5000 to launch a product. What they don't tell you is that, there're many variables that can cause that launch to fail.

When you encounter these roadblocks, you need more funds to get past it. If not, you're quickly eliminated from the game.

The good news is, you only need to win the game once and you'll make all your money back and then some.

According to Jungle Scout, only 17% have sold 5 years or longer. So what caused 83% to quit?

Let's look at the main reasons of failure and get clear on how you can best avoid them.

One of the issue with the Amazon FBA business is how it's marketed by gurus. We're hit with ads / marketing all the time that only paints the positive picture of the FBA business, without highlighting the risks & challenges with it.

Bombarded with only the upside story of people going from broke to success without showing you all the hurdles and financial risks & investments it took to get there. FBA is not an overnight success.

Succeeding with Amazon FBA is possible in 2022, but it's like going to outer space. In order to leave the Earth's gravitational field, you need enough fuel (money). Sometimes your math was off, and the rocket might fail to launch or it might explode mid-air. Each time you will learn from these mistakes, but you need more fuel to continue the mission until you get to outer space.

The hard truth: if you're broke right now, living paycheck to paycheck, Amazon FBA might not be for you.

You're better off trying to get a better job, do some side hustles like driving Uber, & try to reduce your living expenses.

The Right Expectation to Succeed with FBA

The best way to start the FBA business is to have enough savings to launch multiple products at once and still have a steady job that allows you to keep investing money into the business.

You also probably want $1000 to $2000 per month of expendable income that you can use to continue to add fuel to these products.

If you need to make money with FBA asap, you're less likely to succeed.

Any money that you make, you should be able to re-invest back into the FBA business for the next 1 to 2 years, minimum. (I'll explain why later on)

2. Not Accounting for Unforeseen FBA Hurdles

Most gurus harp on the idea that you only need $5000 to launch a product on FBA, and this is the bare minimum amount you will need to launch 1 product. (sometimes it's more depending on how well your ads do at getting reviews)

One mistake or unexpected circumstance and you're out of the game.

This FBA game has levels you must clear... The more money you have, more hearts you got, the higher the chances you will get past each level.

1. Finding a good niche (Not too saturated / competitive)

4. Quality of the product (negative reviews kill the business)

5. Having enough money to run PPC ads to get reviews & rank

Once you clear all these levels, then you're off to the races, potential long-term residual income.

Even with the Best Amazon FBA Course, Your Product Can Still Fail

Here's why launching multiple products is important. There is a trial & error element to this business.

However, despite picking the perfect product based on the numbers, & doing your best to screen for the best supplier, once you get your inventory, you realize the quality of the product is extremely inconsistent and you're getting many negative reviews.

There really was nothing you could do to prevent this.

The best you can do is to sell your products at cost and liquidate your inventory. Hopefully, you can recoup most of your investment, but by then you already lost at least 6 months it takes to set everything up. Time you cannot get back.

However, if you had launched 3 products from the start, you're immediately 3x more likely to succeed in that same time span.

3. Spending Your Profits Too Soon

By the time I got into FBA, I had a steady stream of income from my local lead generation business that allowed me to keep playing the game until I succeeded. It still took 1.5 years and $20K invested before I had a rock steady FBA business.

However, many people don't have that kind of luxury.

This is a case where the FBA business can crash even after you become profitable.

This YouTuber gives us a precious lesson. Just because you have a profitable product, it does not mean you're out of the woods just yet.

His first success was a mobile gaming controller, and he got pretty lucky finding a great bundle opportunity that other companies weren't doing yet. 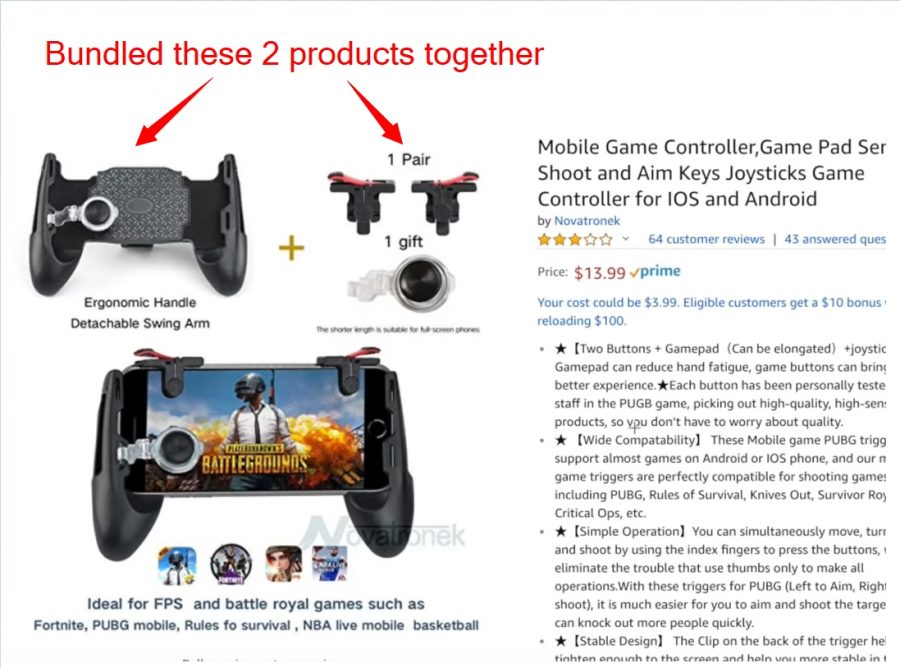 Because of the competitive product differentiation, he started turning $400 in daily profit right away, unfortunately it only lasted 1-2 months.

Bunch of competitors came in and the prices dropped and he couldn't compete anymore.

He still netted $36K which is amazing for his launch.

The mistake he made was to assume that this profit was going to last forever, instead of reinvesting the profits into getting more products out there, he withdrew the money and went on a vacation and bought a car.

The next product he tried was an anti-snoring mask. 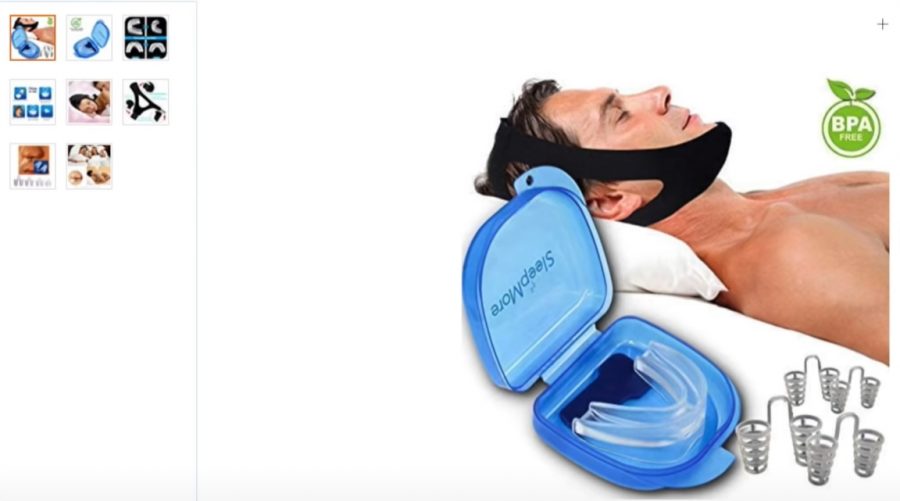 Not so lucky with this one. The first 10 days, he spent $1500 in ads and got about 10-15 sales, but he wasn't getting sales fast enough to maintain the ad. Eventually, the ad ate up all his profits, and was forced to exit. In order to have a shot, he needed about $5-10K more into ads to get enough reviews to rank.

He was completely out of funds at that point, but props to Paul for not giving up. He got a part-time job and slowly grinded his way through FBA again from scratch, this time knowing the valuable lesson of reinvesting the profits into launching more products.

Also, don't assume you will have the same profits from your products 3-5 years from now. Amazon Fees go up over time and so does the amount of competition. It's better to always ask this question: is Amazon FBA still profitable for me next year? And always work on having more competitive advantages.

So this case study shows that the Amazon FBA business takes some time before you can start spending the profits. Profits need to be reinvested back into the business for at least the first 1-2 years, to launch other products, because there're many reasons that can cause your winning product to become unprofitable. (ie: competitors coming in with cheaper prices or better quality products).

Pro Tip: Be patient and keep reinvesting into launching multiple products, and get to a point where you're comfortably at $75K a year type of income before you start taking profits out of the business.

If you're following some sort of quality Amazon FBA training, these mistakes should be avoided, but let me list some of the common pitfalls a lot of new sellers fall prey to.

Pick Products Based on Numbers Not Emotions

Don't get too caught up on brand building strategies. This comes much later. Your time is better spent, launching products & getting sales. You don't need websites, social media following, email list, etc to get sales on Amazon. Building a brand takes a lot of time & resources, even if you gain traction with your first product, you're still better off launching your second, third, fourth products. Focus on getting consistent sales & customer feedback on Amazon first before thinking about building a brand or diversifying your sales outside of Amazon.

Too Much Focus on Product Launch Tactics

Today we see entire courses on various launch strategies, however no launch strategy will ever make a crappy product successful. Most failures result from picking the wrong niche or lack of product research / innovation -> focus on actually serving a product that the customers are wanting & asking for.

Read and re-read Amazon Seller Policy often. Respond to any notifications or warnings quickly. Amazon wants to provide the best possible experience for their customers, so pay close attention to any complaints or negative reviews. Make sure there're no issues with shipping times, fix things quickly. Speedy customer service is critical. As you scale, think about hiring Virtual Assistants to help you.

The fact is, business takes risks and for most businesses, significant financial risks.

Some people have found FBA success by getting lucky with finding a winning product on their first try. But you must understand that these are the outliers. Most people fail 3-4 times before they find success.

But having unrealistic expectation is the #1 way to get disappointed and quit. Quitting is the real failure. Success is those that never quit.

You're better off understanding that you most likely will fail multiple product launches, and have $10,000 to $20,000 invested for the next 1-2 years that you can't touch.

If you're not at that position financially, then FBA is probably not for you. Or it will be a uphill battle and you should be ready for it.

Pro Tip: When you find a winning product, don't get excited and start spending the profits. Take the profits and start launching more products. Get to a point where you have 5 products or more out there making money for you before you touch the profits.

Embrace the grind and have patience. 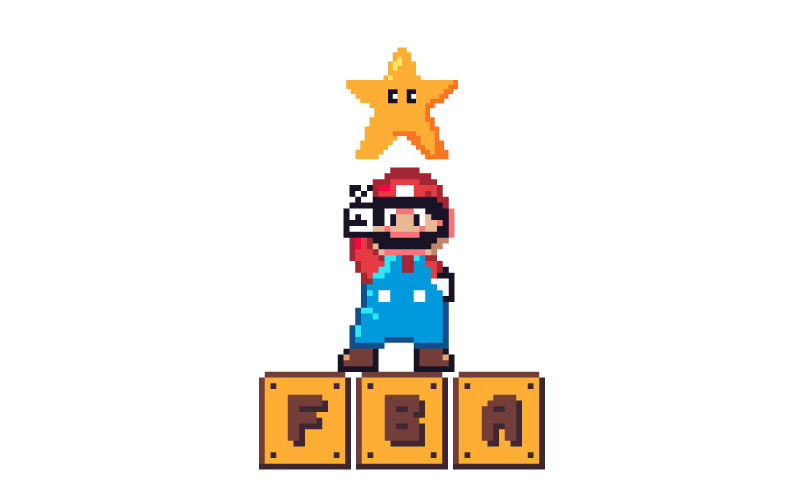 The Reality: FBA is a great opportunity, but not the only way to make money online. Lead Gen is another powerful business. For some people, it might be a better fit.

Check this page out: Local Lead Generation vs. Amazon FBA 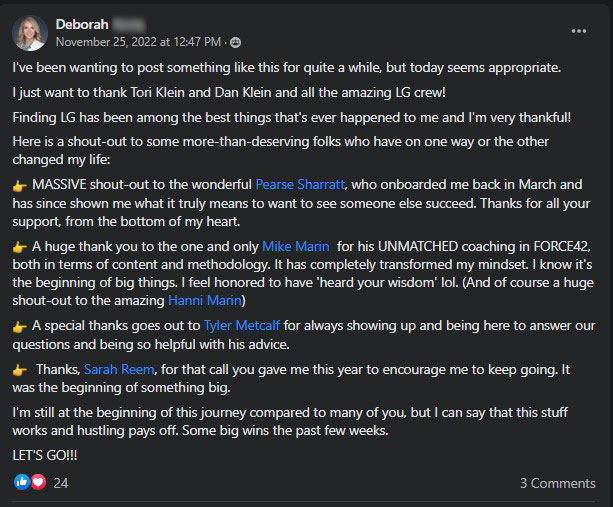