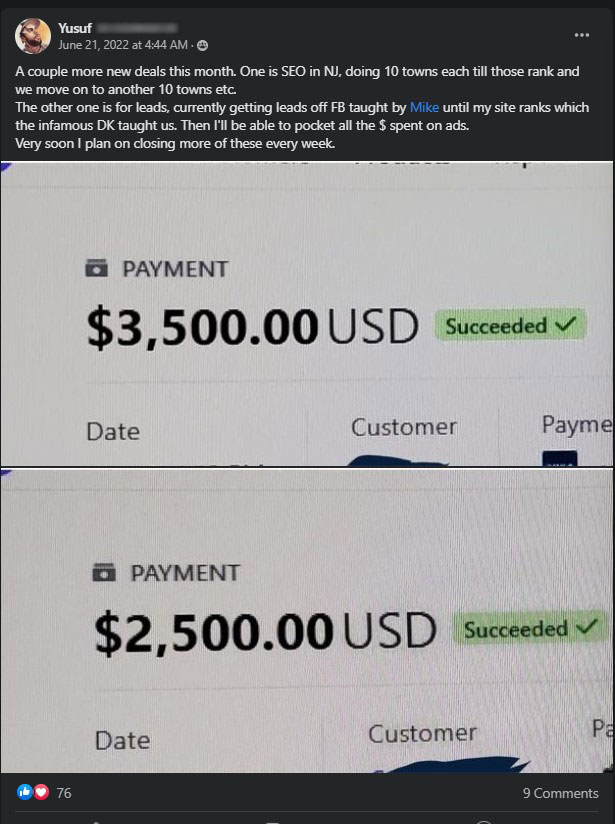 Kevin David AMZ Automation: Should You Sign Up? Everything to Know

Kevin David AMZ automation is a service, not an Amazon FBA course. The service is also called AMZ Autopilot or AMZDFY. Kevin and his partner David are experienced internet marketers. Their team of virtual assistants will do everything for your Amazon business, under your Amazon account. They will pick your product for you, you will not choose it. Then, they apply their product launch strategy, keep your inventory stocked, handle fees (but not pay them), work on customer service, and more.

But, while this seems like a great deal, it’s all done at significant risk to you. The cost of this service at least $40K. Also, there's no guarantee in Amazon FBA that a product will take off, even if you do everything right, because the marketplace gets more saturated every year. Also, there’s a chance you can’t get your money back. Finally, you must buy your inventory and cover the cost of returns. So, while AMZ DFY is not a scam, it is a high-risk way to make money online.

Because they get a cut, they’re more likely to help you become successful.

You get to use David Arnett’s warehouse.

You can build passive income.

Their team completes all product research.

They find the products, negotiate the price, and ship it to their warehouse.

The team optimizes your product listing for organic traffic.

They help you get good customer reviews.

The cost is astronomical.

You keep less than 70% of profits (They take 30%, you pay Amazon fees, advertising and refunds costs, etc)

You’re trusting your entire business to someone else. (Make sure you completely trust the person you’re working with.)

You’re not employing Kevin. Rather, you are working “with” him and his team of VAs. You will sign a contract to do this.

From my research, it doesn’t sound like Kevin’s team helps with any Amazon PPC. That will be on you.

Over $40K, but to get the exact number, you will have to book a call (more insights below)

No refund. Says they offer it but rarely do.

Most reviewers seem skeptical. Many positive reviews are vague and seem faked.

Notes on the Cost of AMZ DFY

To find out exactly what AMZ DFY will cost you, talk with one of his salespeople. His Facebook ads mention a $40K investment. However, in my research, I have found two very different package breakdowns:

$500 or 30% profits for Kevin to continue providing services.

Plus a 30% monthly fee off of the profits

It’s probable that only one of these sets of packages is currently available, or that Kevin and David have changed their prices since. But, it’s valuable to see these numbers for two reasons:

Why Don’t I Just Get the Lowest Package and Put More into Working Capital?

You could, but you won’t have the same level of service as a higher package. Also, Kevin and David’s business model requires you to put all working capital back into the Amazon FBA business, so you will only be able to scale.

Kevin has won multiple awards, like the 2-comma club X (or 8-figure award). He won this for making over $10 million using a single sales funnel. He was featured in Business Insider and several other reputable news sources. His partner, David Arnett, is an internet marketer with a 12 year track record. David owns a 155k square foot warehouse that services all AMZ autopilot partners.

What is the Difference Between AMZ Automation and AMZ FBA?

Kevin has dozens of other hustles and courses. These include:

This last course teaches you how to do the same business model that he does for you in AMZ DFY. Consider buying this Kevin David course ($1997 upfront or 5 payments of $599) and Zonbase, their product research tool ($37-$67/month) before paying for full automation.

Should You Trust Kevin David?

If you are going to pay tens of thousands of dollars for your Amazon store to be run by another person, trust them. Here’s what some people say about Kevin David, so you can form your own opinion:

Mike Vestil: "The reason why this guy is literally the real deal is because I’ve never seen someone so caring when it comes to helping normal, average people get crazy results.”

He says that just hanging out with Kevin motivates him even further in his own life. 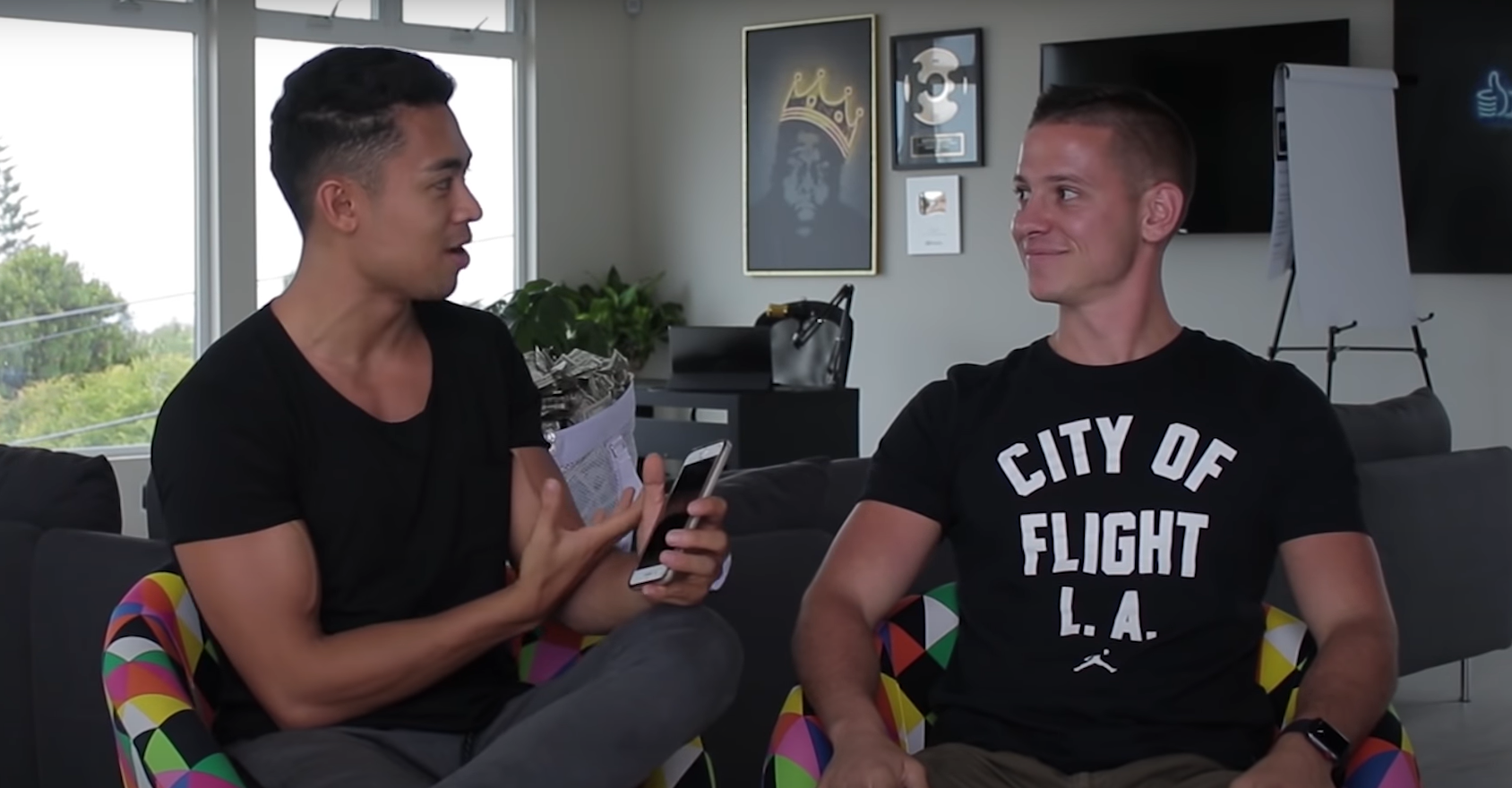 Coffeezilla has done a few videos breaking down how Kevin copies other guru’s actual videos, sometimes even word for word. Kevin has gotten Coffeezilla’s videos taken down in the past.

Spencer Cornelia: “I think Kevin really blurs the line between being influenced by and straight copying. He is one of many that do this.”

He believes that Kevin David cares more about making money than his reputation.

Brandon Young: “He’s defrauded people to the point of over $10 million in courses, for a course where he was faking screenshots to sell the course.”

When Brandon called Kevin a con artist,  Kevin’s attorney sent him a demand letter for $250,000 in damages. He also points out that Kevin forgot to put in a comma when he faked sales numbers to sell a course. 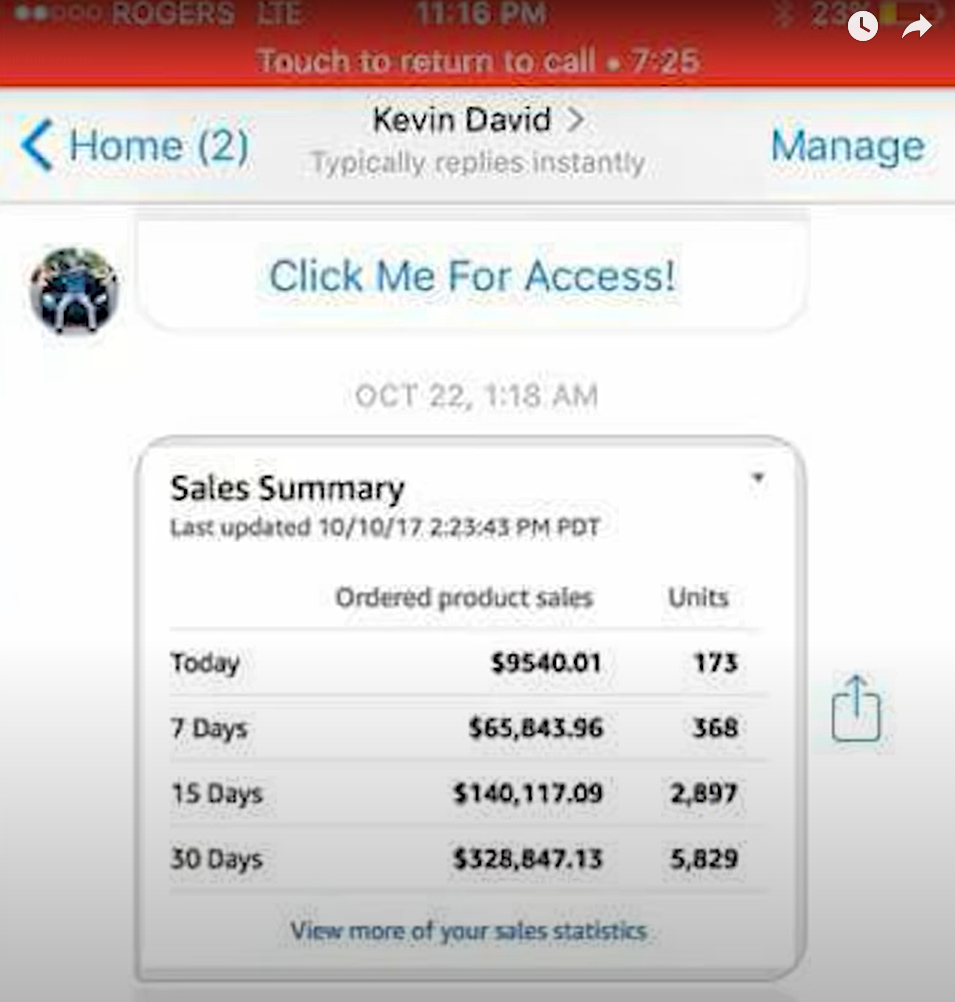 When you work with Kevin and David, their team of Amazon sellers will pick the “home-run potential” product for you. These products are from Fortune 500 and Fortune 100 brands. Sometimes, you may have the exclusive right to sell these products.

They use their tool, Zonbase, to conduct product research. Then, they order the product from Alibaba. Finally, they set up your product listings using the keyword research tool to optimize the listing.

Because Kevin and David store your product at their warehouse and not an Amazon warehouse, you won’t have to pay Amazon FBA storage and fulfillment fees. You’ll still need to pay the 15% seller fee, but you’ll avoid the following costs for Kevin’s 30% fee: 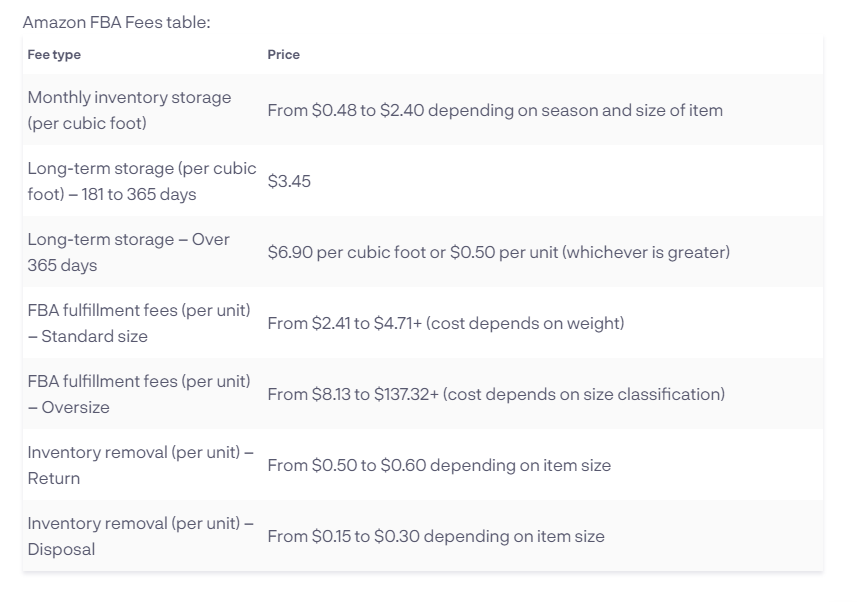 Here’s what others are saying about the service:

Get Free with Annie: “I don’t think that this is a scam… a lot of people say it is because of how expensive it is. The price is ridiculous, but it is a legitimate business that can make you money after you’ve been working it for a while.”

Aaron Chen: "Are you going to be taking on a risk? Absolutely. But, does Kevin David have some great skills and a good reputation? He does. He’s been in the market for a long time, he’s one of the leaders in Amazon FBA and affiliate marketing, so he knows what he’s doing.”

The risk of this business model is my biggest gripe with Kevin and David’s AMZ Autopilot program. It’s a lot of money to give to someone that is not shouldering any risk themselves. After all, Kevin will still take his cut regardless of my sales.

Plus, the margins are just too small. Kevin claims his products deliver a “very conservative” 25% profit margin. If the product he chooses for me does that well, he will take a 30% cut off that margin. Then, Amazon fees will cut even deeper. At the very least, I’d like to have a say in the products I’m selling, but that’s not an option with this agency.

Their business model is based on the idea that I would reinvest every dollar I make back into more inventory. So, I couldn’t live off of this money, anyway. I can only continue to grow my business… and make Kevin more money.

There are also several claims on his sales page that I have to question. For example, the product example he shares shows an average monthly revenue of $165,015, with an average 786 monthly units sold. But these numbers are just what Zonbase says about the products on the screen. These products don’t show a genuine success story. He also says that his team comprises successful, proven, rockstar Amazon sellers. But, he doesn’t prove it. I would love to hear from some of these team members and learn what their experience has been like.

Does Anyone Have Experience with Kevin David Amazon DFY Program?

Yes, there are people who have purchased Kevin David’s automation system. But, I’ve had a hard time finding legit reviews of this service. The positive reviews I find are full of errors and no specifics. I also can’t find any success stories that aren’t being shown on Kevin’s own platforms. He has his clients (and Facebook group members) sign NDAs, so maybe that is a part of it.

There are many others who have researched it at length. Here’s what one YouTuber had to say:

Scott Shafer: “It’s ridiculous to me that anyone would think about giving $100,000 to Kevin David, a confirmed fake guru.”

Scott points out that if you want to sell your store to someone else down the line (often 4-5x the value of your store) Kevin and David will take 30%.

He also goes through the phone discussion that one blogger had with Kevin’s salespeople. Here are some highlights:

Here are some other opinions: 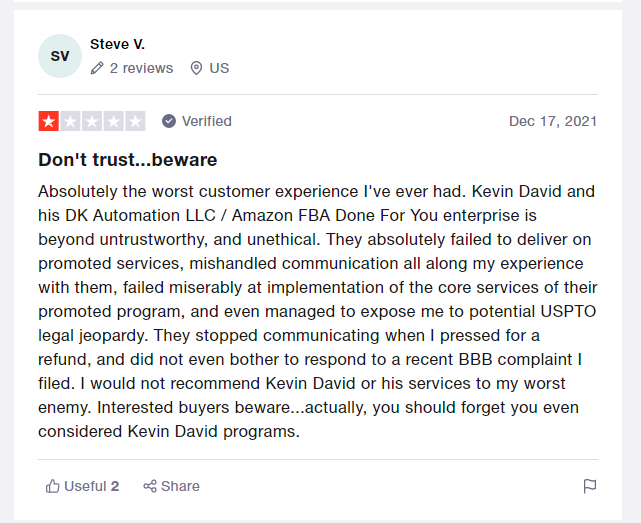 Why I Left AMZ for Lead Generation

Kevin David AMZ Automation may not be in your best interests. The cost is upwards of $40,000. Kevin and David keep a 30% cut of all your profits. And, it's not completely automated, as you will need to handle paid traffic yourself. Finally, Kevin isn't doing the work himself. Instead, his virtual assistants will manage your store.

To be successful Amazon seller, you don’t need to start with an Amazon FBA automation service. Instead, buy an excellent Amazon FBA course for $5000, and don’t cut any corners with inventory costs. Try to learning to sell on the Amazon marketplace by yourself first, and you will dedicate less money and less risk. Then, consider Amazon automation if it makes sense with what your goals are and how much capital you have coming in.